Panel discussion: Life off the ladder

11 million people in the UK are off the housing ladder and in private renting, up dramatically from previous generations. Over half of Londoners rent. Whether through choice or necessity, more people are renting and for longer.

Join us to discuss the rise of the long-term renter.

Should we accept that Britain’s home-owning dream has ended? Can we improve rights for renters so life off the ladder in the 21st Century can be something to celebrate not commiserate?

Find out more, be inspired by our expert speakers and share your views. 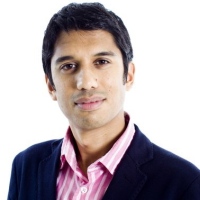 Aditya is Senior Economics Commentator at The Guardian. Previously he was a senior producer for Newsnight and the Ten O’Clock News, and an economics producer under Evan Davis. He has also written for the Financial Times, The Telegraph, and The New Statesman.

osie Walker, Co-author of The Rent Trap and Coordinator of Renters’ Rights London.

Rosie Walker is a social policy writer and researcher interested in housing, inequality, employment rights and debt. As a journalist she has written for The Observer, The Independent, Inside Housing and Third Sector. As a researcher she has worked for London School of Economics, University of Bristol and University of Brighton.

Her new book, The Rent Trap, looks at how dysfunctional things have become for the 11 million people who now rent their homes from a private landlord, and examines the attitudes and structures that prevent change. She was once evicted by her landlord for asking for a new chest of drawers. She has helped set up Renters’ Rights London to support private renters.

Ben Pentreath is a leading figure in the design world.
His architecture practice was founded in 2004 and he combines this with a growing interior design studio and retail store, Ben Pentreath Ltd. He specialises in incorporating the modern and sustainable into traditional architecture and his clients include the Duke and Duchess of Cambridge and Duchy of Cornwall.

Ben has worked on projects across the UK, Europe and the US, winning numerous awards, and he has lectured at the Prince’s Foundation, the Courtauld Institute, University of Greenwich, University of the West of England and in the US. With a keen interest in sustainable development, Ben is a founding member of the Good Homes Alliance.

Ben is author of ‘Get Your House Right’, ‘Three Classicists’ and ‘English Decoration’ and his latest book ‘English Houses’ will be published in 2016. Ben’s inspiration blog covering decoration, architecture, gardening, and travel, receives over 15,000 visitors a month, and he is a columnist for publications including the Financial Times and Sunday Telegraph. His commentary includes ‘Why I rent and would never buy’.

Ben splits his time between rented homes in London’s Bloomsbury, and Dorset. 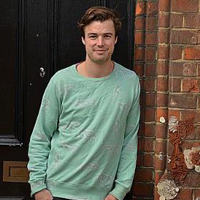 Tim is a graduate property surveyor and founder of Lowe Cost Guardians.
Frustrated with the high cost of renting in London, in 2014, along with Estates Gazette and Knight Frank, Tim undertook a four month investigation into the affordability of renting in central London for young professionals.

‘Lowe Cost Living’, investigated whether it was possible to rent within Zone 2 of London for less than £500 per calendar month including all bills, across six different models and locations. As a ‘secret tenant’ this saw Tim live in a converted horse box, houseboat, flat-pack, and abandoned office, and try out co-living, caretaking, and a housing cooperative.